By the American Dental Association

Recent, wide-spread news coverage based upon a recent research study may raise unwarranted concern about the safety of certain types of dental floss. The ADA Science Institute finds the data insufficient to support the conclusions presented in this research and associated media coverage.

No restrictions on the use of dental floss have been issued by the U.S. Food and Drug Administration, the regulatory agency that oversees clearance of dental products marketed to the public. It also is important to bear in mind that this is a single study. Public health policy and safety decisions should be based on the collective weight of scientific evidence.

The study, published in the Journal of Exposure Science & Environmental Epidemiology, involves a small sample of 178 women and their self-reported use of a wide array of consumer products and foods.

The study measured blood samples from 178 women and found that those who reported using a certain brand of dental floss had higher levels of a type of PFAS called PFHxS (perfluorohexanesulfonic acid) than those who didn’t.

One of many shortcomings of this study, according to the ADA Science Institute, is that the study measured fluorine as a marker of PTFE (polytetrafluoroethylene), though the women in the study who reported using a particular brand of floss were found to have elevated levels of PFHxS.

PTFE often is used in food and beverage, pharmaceutical and cosmetic applications. The fact that the researchers were able to find the PTFE marker in several brands of floss does not mean that it is the source of the PFHxS in the women.

Given that this was a retrospective study including self-reported use of products, there are likely many other differences between women who did and did not report having used the brand of floss mentioned.

The ADA sees no cause for concern based on current evidence, and above all continues to encourage people to clean between their teeth daily with floss or another interdental cleaner as part of the ADA’s daily oral hygiene recommendations.

This news release was published on the ADA’s website on Jan. 14, 2019 and can be found here. 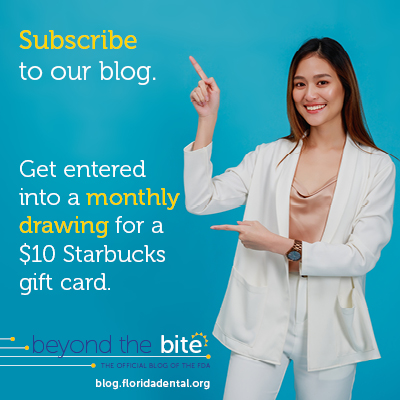